THE SLOWNESS OF WISDOM

When the Pharisees came to Jesus with the woman caught in adultery and asked Him what should be done with her, He knelt for a moment and scribbled in the sand (John 8:6-11). We have no idea what He wrote. But when they continued asking Him, Jesus responded in one short sentence: “He who is without sin among you, let him throw a stone at her first” (v.7). His few words accomplished much in confronting the Pharisees with their own sin, for they walked away one by one. Even today those words resound around the world.

Jesus had such a closeness to and dependence on His Father that He said of Himself, “Whatever I speak, just as the Father has told Me, so I speak” (12:50). Oh, that we had such a relationship with our Father that we knew how to respond with His wisdom!

Perhaps it begins with obeying James’ challenge to be “swift to hear, slow to speak” (1:19). This is not the slowness of ignorance, emptiness, timidity, guilt, or shame. But the slowness of wisdom born of dwelling quietly on the Lord and His thoughts.
We’re often told to stop and think before we speak. But I think we should take it much further and live a life where we’re always listening for God’s wisdom. 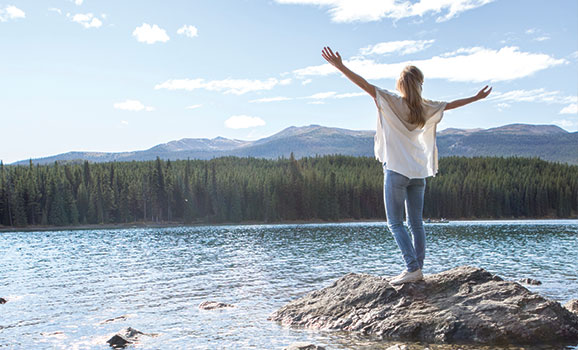 Listen to God before you speak for God. (RBC)