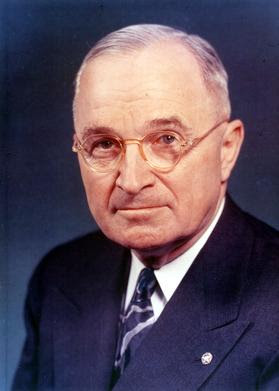 In May 1884, two young parents disagreed about what middle name to give their newborn son. The mom preferred Solomon; the dad, Shippe – both family names. Because John and Martha couldn’t agree, they compromised on “S.” Thus Harry S. Truman would become the only US president with an initial for a middle name.
Over 120 years later, we still know about this conflict – but we also know that a reasonable resolution was reached.
In the New Testament, we read about another disagreement that has lived on in history. This one was between two missionaries: Paul and Barnabas (Acts 15). Barnabas wanted to take Mark with them on a trip to check on some churches they had helped previously (v.37). But Paul did not trust Mark because of an earlier incident (v.38). Paul and Barnabas disagreed so sharply that they parted ways (v.39).
We still read about this argument 2,000 years later. What’s important is not that it lived on in history, but that it didn’t leave permanent relationship scars. Paul apparently reconciled with Barnabas, and in his final days asked for Mark to be with him because “he is useful to me for ministry” (2 Tim 4:11).
Arguments happen. But let’s make sure they are resolved. Grudges are a burden too heavy to carry.
A grudge is one thing that doesn’t get better when it’s nursed. (RBC)
às 20:53