Amid the celebration, there was tragedy. It was the opening ceremonies of the 1992 Summer Olympic Games in Barcelona. One by one the teams entered the stadium and paraded around the track to the cheers of 65,000 people. But in one section of Olympic Stadium, shock and sadness fell as Peter Karnaugh, father of United States swimmer Ron Karnaugh, was stricken with a fatal heart attack. 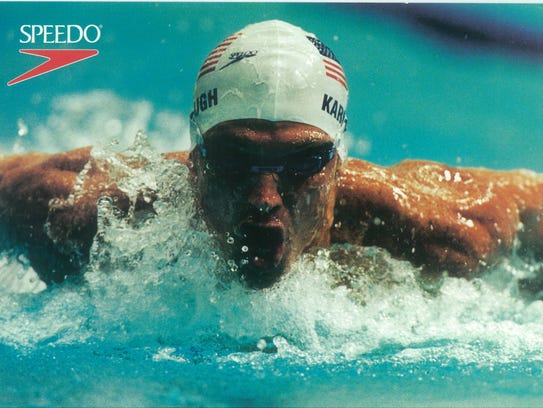 Five days later, Ron showed up for his race wearing his dad’s hat, which he carefully set aside before his competition began. Why the hat? It was the swimmer’s tribute to his dad, whom he described as “my best friend.” The hat was one his dad had worn when they went fishing and did other things together. Wearing the hat was Ron’s way of honoring his dad for standing beside him, encouraging him, and guiding him. When Ron dove into the water, he did so without his dad’s presence but inspired by his memory.

On this Father’s Day, there are many ways to honor our fathers, as Scripture commands us to do (Eph. 6:2). One way, even if they’re no longer with us, is to show respect for the good values they taught us.
What can you do for your dad today to show him the kind of honor the Bible talks about?

The best fathers not only give us life –  they teach us how to live. (RBC)